these were a bad idea…

Since I’ve been home with Emery, I’m trying to do a little more cooking. I’ve followed a few new recipes and served more than one edible dish for dinner, but the sweet stuff is where I seem to have the most success. Is that bad? I might burn the greens or forget to season the meat we were going to eat, but the dessert is always reliable. I’m working through the Pioneer Woman’s cook book and made her cinnamon rolls, which were way too tasty for just two people. The first batch made so many that I couldn’t even think of making the second one for fear of turning into a giant cinnamon roll, similar to the blueberry girl in Willy Wonka. I ate them for days before finally giving them away just to get them out of the house. I hope the guys Hunter works with enjoyed them, because I sure loved the pile I devoured.

Of course, I wasn’t totally prepared (surprise!) and didn’t have the maple flavoring and Hunter doesn’t like coffee so instead I just squeezed a little syrup in the icing and it was delish. Wait, did I just edit a recipe and still end up with something edible? Aww, I’m growing up!

After rising for at least an hour, add 1 more cup of
flour, the baking powder, baking soda and salt. Stir mixture together. (At this
point, you could cover the dough and put it in the fridge until you need it –
overnight or even a day or two, if necessary. Just keep your eye on it and if it
starts to overflow out of the pan, just punch it down).

When ready to
prepare rolls: Sprinkle rolling surface generously with flour. Take half the
dough and form a rough rectangle. Then roll the dough thin, maintaining a
general rectangular shape. Drizzle 1/2 to 1 cup melted butter over the dough.
Now sprinkle 1 cup of sugar over the butter followed by a generous sprinkling of
cinnamon.

Now, starting at the opposite end, begin rolling the dough in
a neat line toward you. Keep the roll relatively tight as you go. Next, pinch
the seam of the roll to seal it.

Spread 1 tablespoon of melted butter in
a seven inch round foil cake or pie pan. Then begin cutting the rolls
approximately ¾ to 1 inch thick and laying them in the buttered pans.

Repeat this process with the other half of the dough. Let the rolls rise
for 20 to 30 minutes, then bake at 400 degrees (see note below) until light
golden brown, about 15 to 18 minutes.

For the frosting, mix together all
ingredients listed and stir well until smooth. It should be thick but pourable.
Taste and adjust as needed. Generously drizzle over the warm rolls. Go crazy and
don’t skimp on the frosting.

Mmm… I think I’m ready to start the next batch. 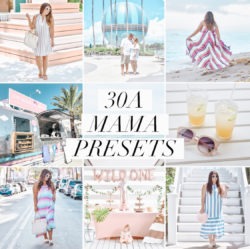 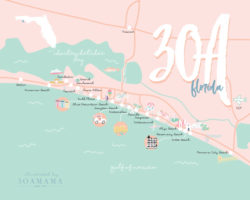